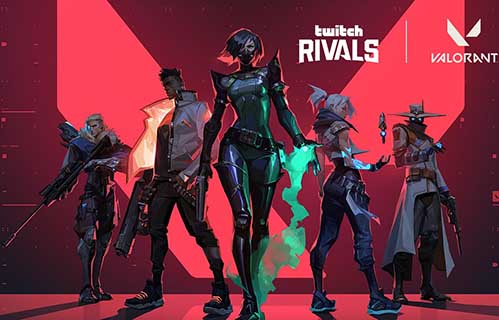 It first appeared under the code name Project A in October 2019 year, the game has launched a closed beta with restricted access 7 April 2020 year, followed by the official premiere 2 June 2020 year. The game development started in 2014 year.

Valuing is a tactical team shooter and first person shooter, the action of which takes place in the near future. Players take on the role of one of the selected agents, characters designed based on several countries and cultures around the world. In the main game mode, players are assigned to the attacking or defending team, and each team has five players. Agents have unique abilities, each of which requires a charge, as well as a unique ultimate ability, which requires charging with kills, death or actions with spikes. Each player starts each round with a "classic" pistol and one or more charges of "signature ability". Other weapons and skill loads can be purchased through the in-game economy system, which awards money based on the result of the previous round, homicides, for which the player is responsible, and any action taken with the Spike explosive. The game offers a wide selection of weapons, including a secondary weapon, such as secondary weapons and primary weapons, such as submachine guns, shotguns, machine guns, assault rifles and sniper rifles. There are automatic and semi-automatic weapons, which have a shooting pattern, which must be controlled by the player, to be able to shoot accurately. Various agents allow players to find more ways to load up and style enemies with Junkers, strategists and hunters of all kinds. Currently offers 15 agents of your choice. They are Brimstone, Phoenix, Sage, Sleep, Viper, Cypher, Try, Killjoy, Breach, Omen, Jett, Raze, Skye, Yoru i Astra.

In standard unranked mode, the match is played as best against 25 – the team wins, who will be the first to win 13 round. The attacking team has an explosive device called Spike. They must deliver and activate Spike at one of many specific locations (bombing sites). If the attacking team manages to protect the activated Spike by 45 seconds, it will explode, destroying everything in the specified area and get a point. If the defending team is able to deactivate the spike or the 100 second round timer will expire without the attacking team activating the spike, defending team gets a point. If all team members are eliminated before spike activation or if all defending team members are eliminated after spike activation, the opposing team scores a point. If both teams win 12 round, sudden death ensues, in which the winning team from this round wins the match, as opposed to extra time in competitive matches. Additionally, if after 4 rounds, the team wants to lose the game, may ask for a vote to surrender. If the vote is unanimous, the winning team receives all victory credit for each round needed to bring them to 13, and the losing team gets the losing credit. The team has only two chances to surrender: one as the attacker, and the other as protectors. 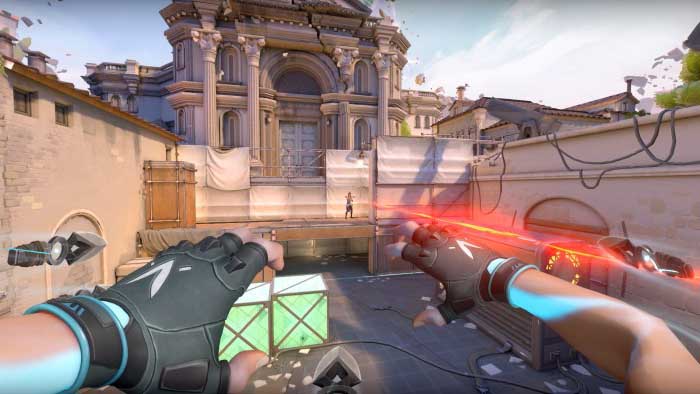 In Spike Rush mode, the match is played as best against 7 round – the team wins, who will be the first to win 4 rounds. Players start the round with their abilities fully charged, except for the ultimate, which loads twice as fast as in standard games. All players on the attacking team wear Spike, but only one spike may be activated per round. Weapons are drawn each round, and each player starts with the same weapon. The final score orbs in the standard game are present, but instead there are some reinforced orbs.

Competitive matches are the same as non-ranked matches, with the addition of a ranking system based on winnings, which assigns a rank to each player after the game is played 5 games. Before you can play competitive games, you have to win before 10 unrated matches. In July 2020 r. Riot has introduced a "win by two" condition for competitive matches, in which, instead of playing a single round of sudden death with 12-12, teams will alternate attack and defense rounds in extra time, until winning by leading in two games. Each overtime round gives players the same amount of money to buy weapons and skills, as well as roughly half of their final skill fee. After each group of two rounds, players may vote to end the game in a draw, demanding 6 players after the first set, 3 after the second, and then only 1 player, to agree to the draw. The competition ranges from iron to radiant. Each rank, but immortal and radiant, ma 3 horizontal.

Deathmatch mode has been introduced 5 of August 2020 r. 14 players take part in a 9-minute match everybody, and the first person, which will achieve 40 kills or player, who has the most kills, when time is up, wins the match. Players respawn with a random agent, and all skills are disabled during the match, which allows for pure shooting. Green health packets drop with every kill, which set the player to maximum health, armor and ammunition, unless the player is using a machine gun, which only gives the player extra 30 cartridges.

Escalation game mode was introduced in February 2021 r. And it is similar to the concept of "playing games", found in Counter-Strike and Call of Duty: Black Ops , although it is team based, and not free-for-all with 5 players on each team. The game will choose randomly 12 weapons to pass. As with other game versions, the team must score a certain number of kills, to go to the next weapon, and weapons gradually deteriorate, when the team passes through it. There are two conditions for victory, one team must progress through these levels or if one team is on a higher level than the opposing team in the sequence 10 minutes. As with Deathmatch, players appear as a random agent, who cannot use skills, because the game mode is set to regular combat with weapons. Though skills like Sova's shock darts, Raze's boom bot and rocket launcher are skills, which anyone can use as a weapon. Green first aid kits drop out after a murder, that complement health, the player's armor and ammunition to the maximum. The game mode also has auto-respawn enabled, spawning players in random locations on the map.

There are many different playable agents in the game. Each agent has a different class, which points, the way an agent is usually played. Duelists is the offensive line, which specializes in attack and entry for the team. The duels include Jett, Phoenix, Try, Raze i Yoru. The Guardians are the defensive line, which specializes in blocking places and protecting team members from enemies. The guards are Sage, Cypher i Killjoy. Then there are the initiators, who are planning offensive attacks. The initiators specialize in breaking through the enemy's defensive positions. Skye is the initiators, Sova i Breach. The last class is the controllers, who specialize in creating a team for success. They use their heavy utility to control the line of sight on the map. Controllers include Viper, Brimstone, Omen i Astra.